A downloadable game for Android

I wanna throw darts with you.I wanna play games with you.

I wanna act vulnerable with you all the time however late it is.

I wanna be with you forever...

TOGETHER VR is a virtual reality experience that allows players to experience everyday life with Hoshihara Mei in their own private den.

The game offers players the opportunity to play different games with Mei and enjoy couple-like interaction. Players can also transform into digital warriors and engage in an exciting space battles.

Features:
▪ Exquisite pictures and atmosphere, with full of realistic experience.
▪ Use the motion controllers to communicate and interact with her in a variety of ways.
▪ Fully experience immersive virtual reality with crouching or even lying prone.
▪ Dazzling special effects and life-or-death situations for you to challenge.

In order to download this game you must purchase it at or above the minimum price of $9.09 USD. You will get access to the following files:

We are sorry to keep you waiting! But we still need some time to improve some performance issues.

when was this last updated

We expect the game to be updated next month.

When will the DLC content come to the quest?

DLC content is expected to be launched next month.

Please contact support if you are having issues with a payment. Based on what I can tell quickly looking, your card was rejected multiple times. You be seeing a authorization attempt charge that will automatically be returned to you.

Thank you for your purchase!  We will consider whether to add some "special feature" after development and testing.

Are you based in China? If so, wouldn't you risk getting into trouble for adding NSFW content? For the record, I'm all for adding such content to the game.

BTW, the Steam version has "Nudity" and "Sexual Content" tags associated with the game, and this leaves some customers feeling mislead when they discover that there's no such content.

We are from Taiwan and thank you for your interest in "Together vr"! We will add more "couple-like" content to "Together VR"! As for the content about NSFW, we will add it to the new game currently under development. Here is some information.

BTW, steam tags are added by the community.

Thanks for the reply. I was not aware of your Patreon. If you promote it more, you will get more Patrons ;) Your content is of high quality, and your new game is exciting news. Do you have a target release date?

Steam should have a process to appeal user tags that are false. This is unfair to developers and customers.

We are very happy that you like our new game! We work very hard and hope that the new game can present the best graphics and gameplay. There is no release date yet, but we hope to launch this year!

I read all these comments and I don’t get it. I just bought this game and had a blast. It was exactly what I expected! Delightful game!!

We are happy that you can have fun! There is currently no additional content in the game, we will launch DLC soon. Thank you very much!

Pretty decent. But a short game. You should add more feedback with the controllers, and allow for more options on what you can move, and touch. I would say the biggest downside is that you can finish this game in about 15 minutes. And there is not much replayability. Seeing more additions to this game. Such as more activities, would be amazing. Overall though i would give this game a 7/10. Because the attention to detail is very good for a quest compatible game, and i see you have thrown in a few "special" details.

We are so happy you enjoyed our game! We will update it in the future, thank you.

A tip for the developer.  A simple performance boost you can try is setting foveated rendering at level 4.  This should help you more closely reach the Quest's 72fps.  Although it'll make the edges blurrier, it is more important to maintain a framerate close to 72fps.

Thank you for your professional advice!

Bad controls, almost impossible in a small space to do anything. Cannot move on level two. Limited interaction... Price of 1.99 would be pushing it...

The game was fun for a bit, but it was very short unfortunately. There was a bit of problems with The screen lagging and it was underwhelming then what I thought it was going to be. 5/10

Just purchased and downloading now, can't wait to enjoying  it. Hoping that the developer will fix the bugs reported by other players and add more activity, contents etc to this game.

A few problems I'm encountering with the game:

1. Cannot change language to English.  It always changes back to Chinese.

2. The darts game is not registering my wins.  Therefore I cannot unlock additional activities.

3. Performance issues and not well optimized for Quest.  There are lots of stuttering in the game.

Thank you for your comments!

Sorry about the Languages, maybe it confuses you! 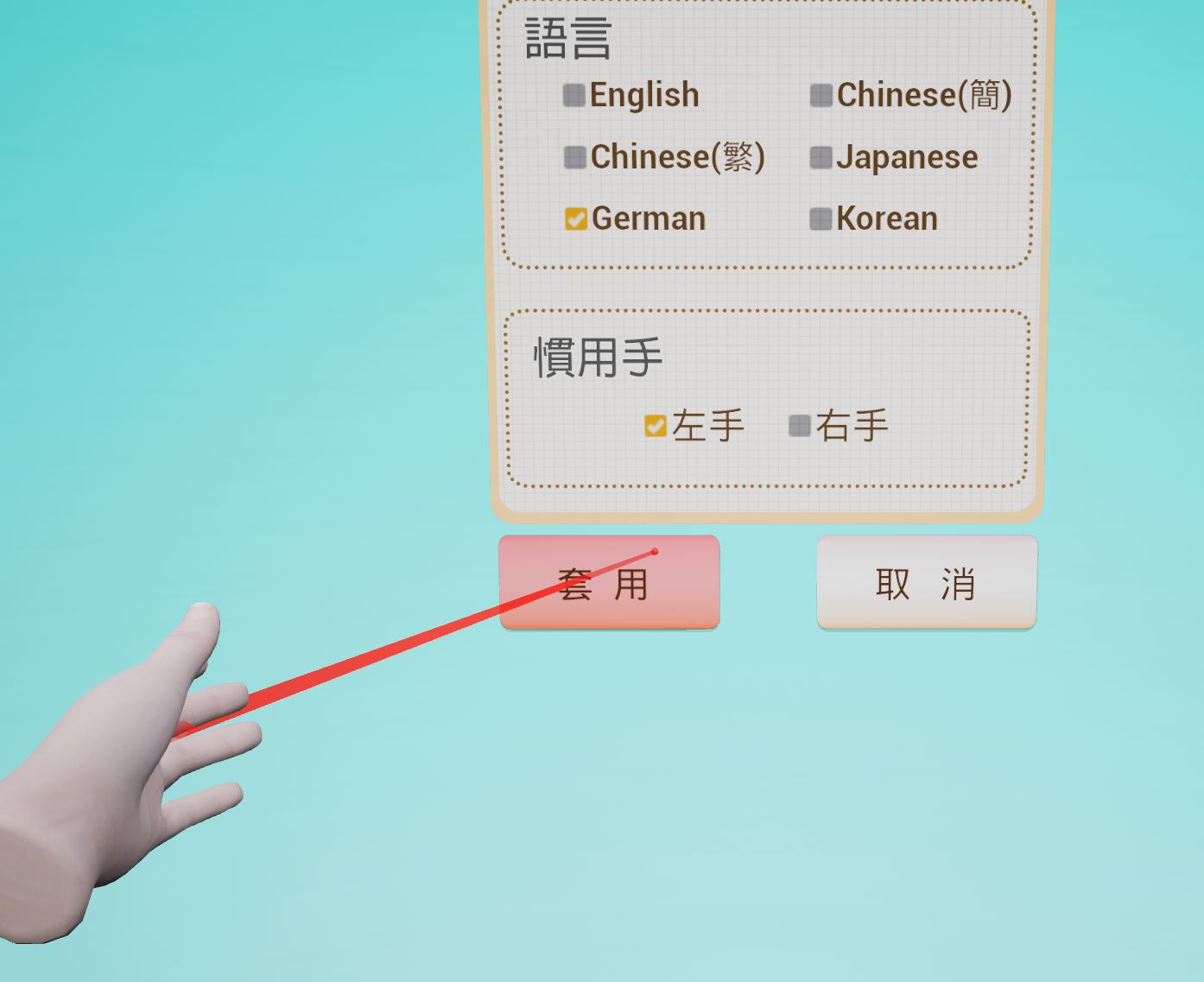 You also have to Allow the game to access your quest so that it can save files.

You can also try restarting the Quest. 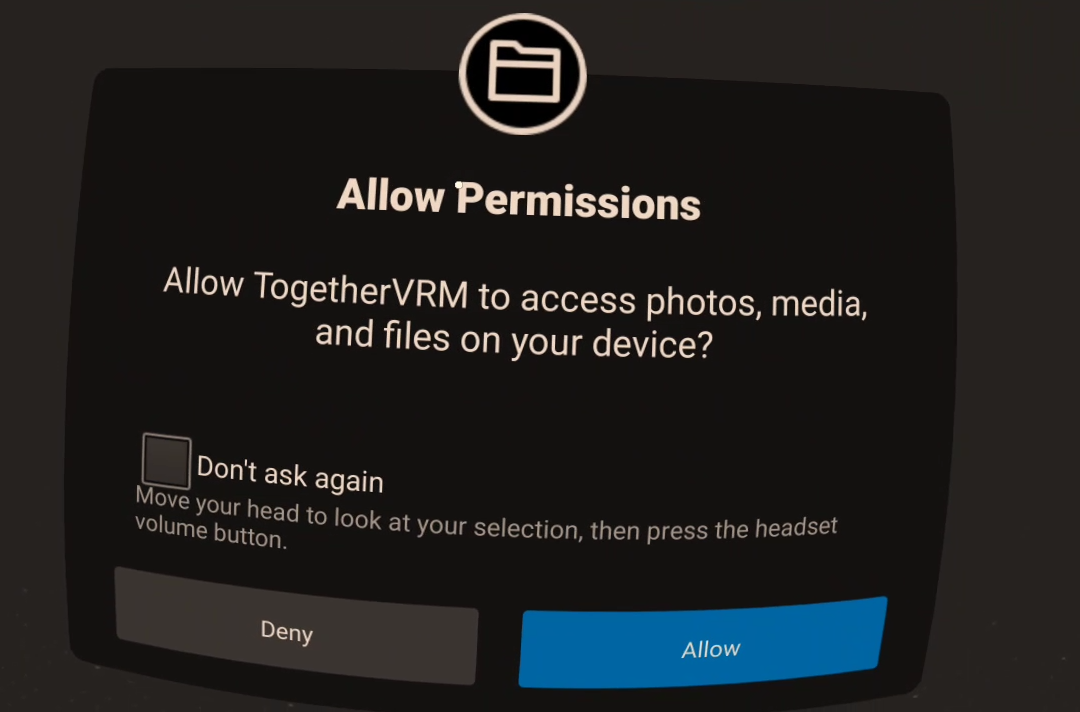 Thank you for the reply.  After I allowed permissions, I can now successfully change the language to English and unlock the other activities!

I do like this game, but I feel like it needs a lot of improvement to match the PC version a little more. For example, there needs to be some type of haptic feedback when you play with the boobs, and not being able to also play with the butt is not right since the boobs and the butt both need to be covered with respect to jiggle physics. I don't like the teleport movement for this type of game; it really needs smooth locomotion and snapturning to improve immersion. I really hope that gets included in a future update; it's very important for immersion and to enjoy this type of game. I'm also really hoping that the developer doesn't exclude quest users from having access to the nude patch since pc users get access. I just really want to know if there are plans for releasing a nude patch. I meant, I'm just asking for a friend, but if you don't believe me, then lets just say it's for science reasons. Jiggle physics..... This game has so much potential for the quest and would easily deserve 5 stars if the developer genuinely considers the consumer's (particularly my) suggestions. Just to summarize... Please add the ability to also play with her butt and add haptic feedback (that's VERY IMPORTANT for immersion and the GF experience like patting the butt, or giving it a nice slap to be a killer app). Include an option for smooth locomotion and snapturning, and please give quest consumers access to a nude patch for the quest version. The nude patch is the most important for science reasons, and I'm sure anyone that considers buying, or who have bought this game, would agree. I believe in this developer, so once updates start coming in, I will update my review, hopefully to 5 stars.

Of course, we will consider your comments to improve "Together VR".

Thank you for your support and comments!

Good Quest port that need to be optimized.

- AntiAliasing could be better.

Sorry about the Languages, maybe it confuses you!
Left button means Apply.

Restartet my Quest - now it works 👍🏻

Make sure you allow the permissions requested when the game starts.  I had the same problem until I allowed permissions.

German/English/.... interface and subtitles not working!!!! only chinese

You can change Languages Here. 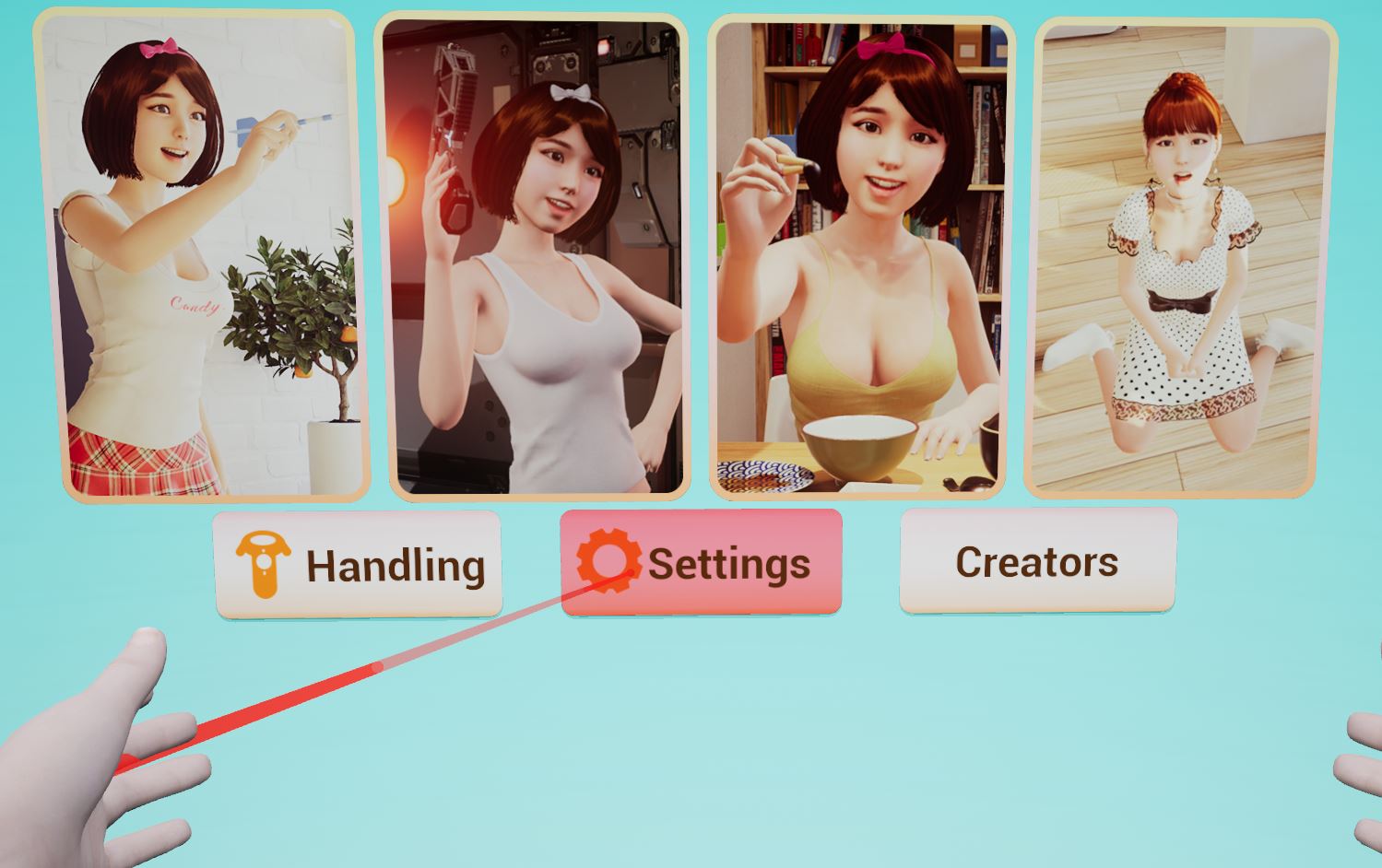 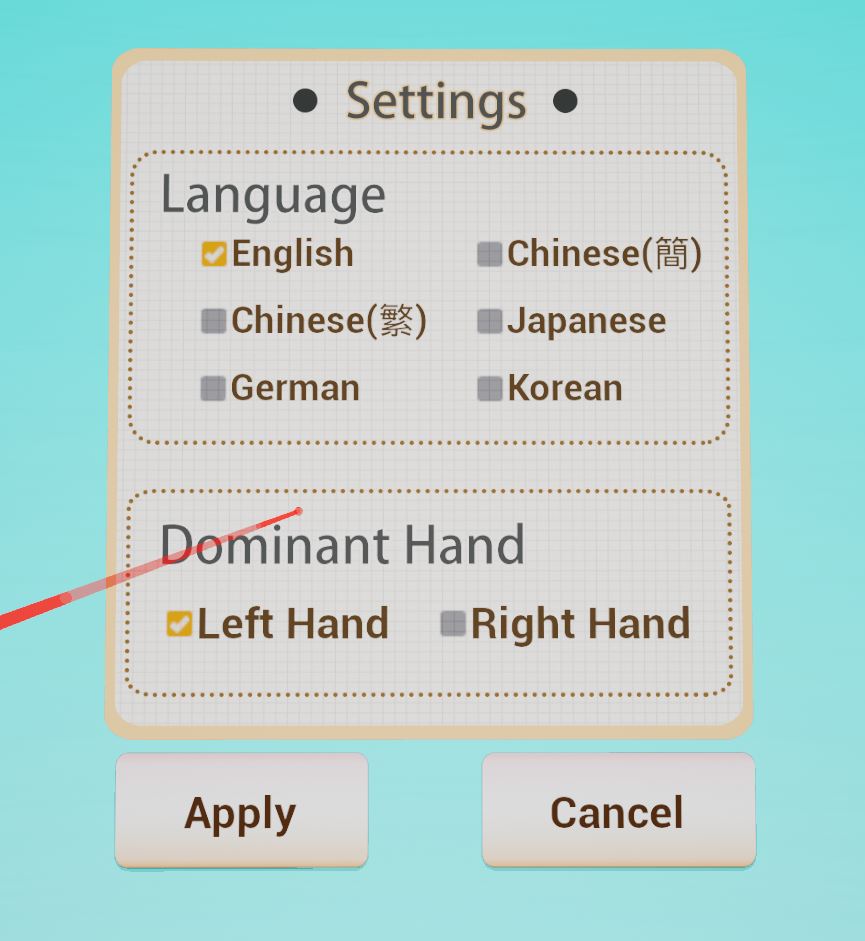 Restartet my Quest - now it works 👍🏻

Make sure you allow the permissions requested when the game starts.  I had the same problem until I allowed permissions.

is this for the oculus quest???

Yes. And Here is what you need to do next and enjoy! Thank you!

I keep trying to download the game but it keeps telling me its either forbidden or there's a server problem even though my WiFi is working fine. Please help.

Thank you for your purchase. If you have download problems, maybe you can try to contact itch.

It said version one apk so why is it giving me the windows version. I would like a refund.

When download complete, it should be a file "TogetherVRM.apk".

Here is what you need to do next and enjoy! Thank you!

Thank you. I played the game and it was great! Will there be more in the future?

Thank you for your encouragement! We will continue to work hard! 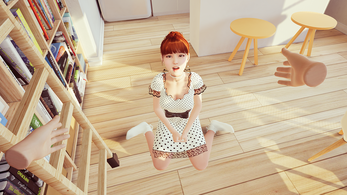 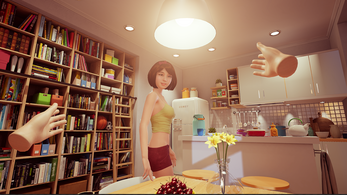 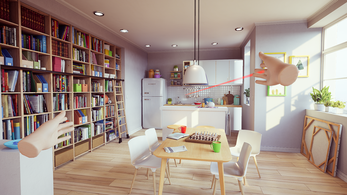 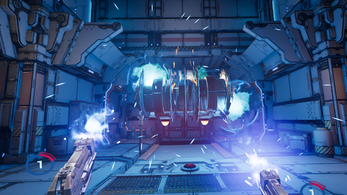 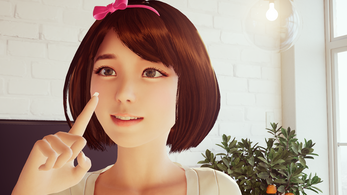 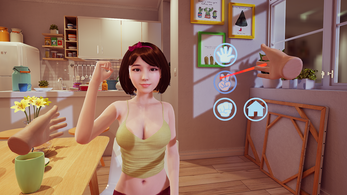